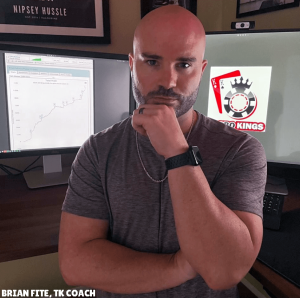 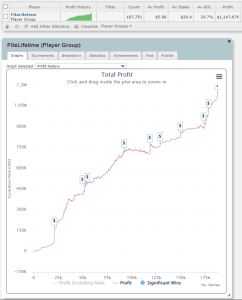 Brian isn’t just some poker player and coach. He's one of the most profitable players to ever play the game, and with hundreds of students around the world and thousands of hours coached, he is also one of the most qualified coaches in our industry today.

He is 34 years old and currently resides in Texas with his wife, Fernanda, and their son, Nolan. He is well known for winning prop bets and building beautiful profit graphs on Sharkscope. With well over $2,000,000 in total profit at the games, his best results came recently in 2020 and 2021. And this year he is up well over $125k with no signs of slowing down.

Brian founded Turbokings Poker in 2017. It started as a group of players who he backed and coached, and has since turned into a big community of players who work together to continue getting more and more profitable at the tables.

Brian is currently focused on showing our community how grinding tournaments online does NOT have to be a high-variance affair, how you don't need a huge bankroll, and how to enjoy the grind more. He wins for a living and loves the day-to-day grind, and wants to show more players how to do the same.

You can catch Brian live on Twitch every Wednesday and Friday night. He is also very active on Instagram and inside the TK Discord. Head down, graph up! 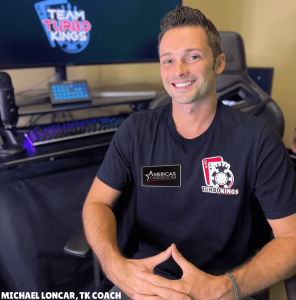 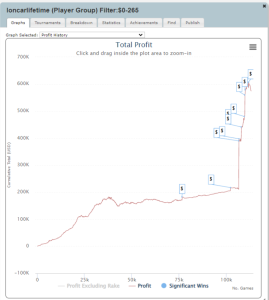 Michael started playing poker full-time shortly after High School and has racked up well over $1,000,000 in total profit. He is now 36 years old and is happily married to his wife, Alex. They have 3 sons and currently reside in California. Michael is an ACR Sponsored Pro and often streams his play live on Twitch.

During the first half of his career, Michael was one of the sickest SNG volume grinders in the world - with more than 100k total SNGs played and $500k+ profit from those games. He was #1 on the total profit leaderboard in 2010 and achieved Supernova Elite status on Stars in 2011. After Black Friday, like many others, Michael transitioned to live poker in 2012. Quickly after making his debut, he had established himself as a proven winner at the cash games and put together a ridiculous string of tourney scores as well:

After settling back into the online grind in 2018, Michael found the biggest score of his career in the ACR Sunday 1M - taking it down outright for $138,000! Following this massive score, he decided to try his hand at streaming his play live on Twitch and was soon announced as the then 3rd Online Team Pro for America's Card Room.

More recently, Michael won the $215 400k on ACR for $79,000 (June 20') and has been working hard to improve his game and profitability. He is excited to share his knowledge of the game with the Turbokings Community and expects big things to happen moving forward.

Catch Michael's live streams on Twitch.tv/LoncarPoker. He coaches each Monday morning and his sessions are recorded and uploaded to our video library.